Why Johnny is Still the Villain of Karate Kid 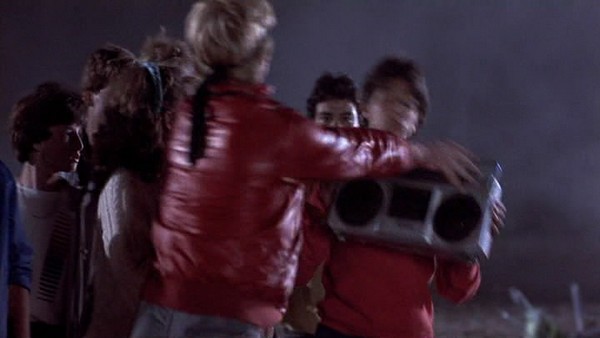 Netflix has hit gold with bringing Cobra Kai over to Netflix.  The first two seasons were on Youtube TV which required a separate subscription. With it going over to Nextflix, everyone seems to be watching it and realizing how awesome this series is.

The first season of Cobra Kai dives deep into the character of Johnny.  It makes his a likable but very flawed character.  At one point in the first season, Johnny tells his side of the story of the Karate Kid movie. Johnny shares how he feels Daniel was at fault for everything in the first movie and set his live down a bad path.

Barney on How I Met Your Mother expressed great disdain for Ralph Macchio because he believed that Johnny was the hero and Daniel was the actual villain of the movie.   This has been mirrored across the internet.  With Cobra Kai’s more mainstream release, a lot of people are joining onto this bandwagon.

I decided to test out this idea that Johnny was the actual hero and not the villain in the original Karate Kid.  I didn’t factor in the information from the Cobra Kai series.  I wanted the 1984 movie to stand on its own.

After going back and rewatching this movie, here is my conclusion.  Johnny is still a bully and acts fully like a bully with every opportunity until the end.  Johnny instigates the feud with his bully pack of Cobra Kai friends against Daniel. Johnny is the Villain of the movie.

I included a Youtube video below that shows the first confrontation between Johnny and Daniel.  This is really all we need to know.

1) Daniel is innocently talking to Ali and showing her some soccer movies on the beach with her friends.  Ali is making the choice to interact with Daniel.  Daniel is being friendly and and not aggressive with Ali.  He is acting like a normal human.

2) Johnny and his gang of friends see Ali talking and playing (not making out) with Daniel. They come in fast and furious with their dirt bikes across the beach and make a huge scene with all of the bravado.

3) Johnny aggressively comes at Ali. He demands that she talk to him.  Ali refuses and tell him they broke up and she has nothing to to say. He keeps turning off her music, tell her to talk to him,  and then snatches her radio from her hands. When Ali takes the radio back, Johnny grabs it and throws it hard onto the ground.  In a male chauvinist manner, Johnny tries to dominate Ali and make her bend to his will.

4) Daniel is watching from the side because he chased down the soccer ball. When Johnny throws down the radio, Daniel goes over to pick it up.  Instantly he is met with the aggressive Johnny telling him not to touch it.  Daniel picks it anyway and hands it to Ally.  Johnny then grabs it away and angerly turns to Daniel and calls him a “punk.”

5) This is where Johnny (not Daniel) starts the physical violence and confrontation.  Johnny says “Do you want it” and shoves the radio into Daniel and Daniel to the ground.  This is a typical bully move.

6) Daniel gets up and lunges towards Johnny but the bigger and well trained Johnny side steps it and causes Daniel to fall to the ground again.  This happens a couple of times with Johnny yelling at Ali, “I didn’t do anything!”

7) Daniel gets up again to face his bully and attacker to have a kick in the stomach by Johnny.

8) In a typical Bully fashion, Johnny blames it all on Ali with “You started this.  All I wanted to do was talk to you.” Like she owed him something. All the while, Ali is being held back by Johnny’s friends in a typical group bully move.

9) Johnny goes over to Daniel on the ground and taunts him again.  This leads to Daniel coming up and sucker punching Johnny while Johnny is still taunting him.

10) Daniel tries to state they are now even since they both got in a lick.  But Johnny is angry that Daniel got a good shot in.  Johnny uses the Cobra Kai motto of “Strike First. Strike Hard. No Mercy” to kick the untrained and smaller Daniel’s butt.

Re-watching this movie, cemented in my mind that Johnny is the villain and a huge bully.  I know bullies. I was bullied a lot a lot a kid.  I had those confrontations.  I also changed over time to confront bullies when I see them.  Most of the time, there is a group bully mentality like is exhibited by the Cobra Kai group.  When a fight happens, they bring the whole group to make sure no one stands against them.

Johnny is aggressive with everyone including his ex-girl friend, Ali.  He gets violent with Ali and may have hurt her if Daniel didn’t step in.  Johnny treats Ali like she is his possession and not a person.  No one should be treated like that.

Yes, it is different than how Johnny remembers after 30 years. It always is this way with bullies. They never understand that they are the bully.

Daniel is the hero. He is imperfect and makes lots of mistakes but so did we all at this age and still do.  If Daniel hadn’t stepped in to help Ali, there is no telling how wrong that “talk” could have gone.  Daniel does what a hero is suppose to do by trying to help those that are in trouble.

Well there is my opinion.  I challenge you to go back and re-watch the original movie with the set of eyes on who is villain and bully in this story.