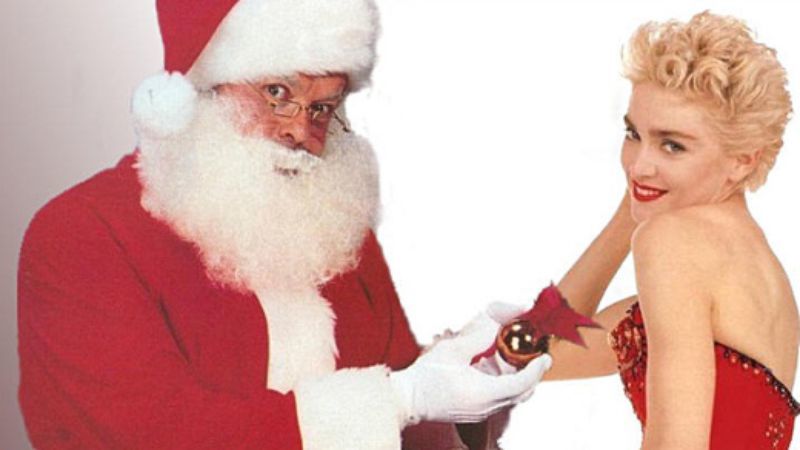 Here is my Top 10 favorite 80s Christmas songs.  I did include a  bunch of honorable mentions.  Many people forget how many awesome 80s Christmas tunes there were. My list only touches on a short list of the numerous songs.

10) Christmas Vacation– Mavis Staples
This song is so tied to my favorite Christmas movie.  I hear it and instantly want to watch the Griswolds as they try to have their version of the good ole fashioned family Christmas and all that goes wrong.  This song it catchy and so fits the movie so well.

9) Santa Claus Is Comin’ to Town– Bruce Springsteen
The Boss’ version of Santa Claus is Coming to Town is wonderful. I love how he talks to the band and asks if they have been practicing.  His voice makes this song ring and instantly gets me in the Christmas mood.

8) Merry Christmas I Don’t Want To Fight Tonight – Ramones
The Ramones bring their unique new wave punk style to this wonderful Christmas song.  I have been in a lot of fights around the holidays. It is easy to happen with emotions are raw and expectations are high. But I don’t want to fight tonight.

7) Father Christmas – The Kinks
This is such a fun song from The Kinks.  I love the visual image of the rich kids trying to rob a Father Christmas of his money and not caring about the presents.  It reminds us that many have less than we do and giving is what it is about rather than taking what you want.

6)  Last Christmas – Wham!
This song is catchy and gets stuck in my head.  Anytime it is played, I have to sing along.  It has iconic lyrics.  It is a fun song about relationships and how they seems to come and go during the holidays.   Is there an 80s Christmas song played more than this one?

4) Christmas at Ground Zero– Weird Al Yankovic
I love Weird Al. I remember getting the Polka Party! cassette for Christmas in 1986.  It wasn’t as good as the Dare to Be Stupid album but this original song was amazing and hysterical.  I remember smiling at relatives I didn’t appreciate as I listen to this song about the world ending on Christmas. Yes, I was a twisted teen.

2)  Do They Know It’s Christmas? – Band Aid
I remember buying the single for this song because I loved the vocals and how all of the different artists came together (before We Are the World) to make it. It supported a great cause to help feel the hungry in Africa. I cannot help but sing along with this song.

1)  Santa Baby– Madonna
If you know me at all, this should have been an easy number one to guess. I love Madonna.  Her version of Santa Baby is right up there with Eartha Kitt’s version.  They are both sultry and enticing in this song.  Madonna puts her spin on it and it has been my favorite Christmas song since the moment I heard it played on the Radio.